What’s the Difference Between a Pest Control Expert and an Exterminator? 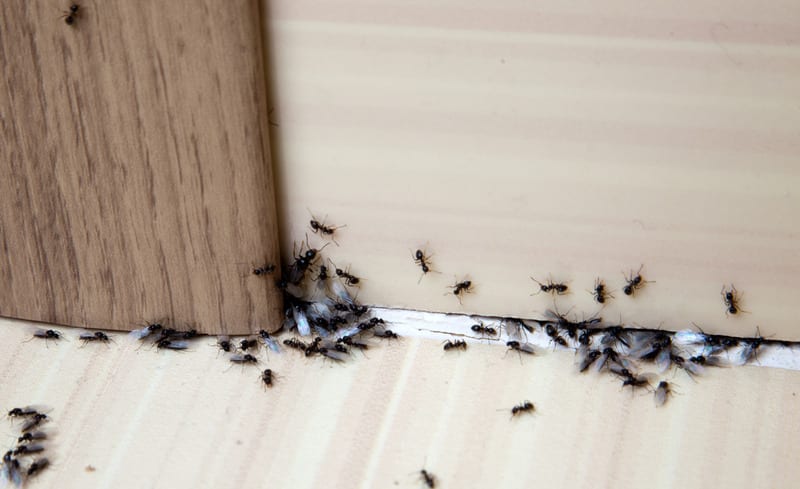 If you’re currently battling an out-of-control pest infestation such as termites, bedbugs, or any number of other intrusive critters, you are likely not alone. Pests plague American households in every region; from Portland on the west coast, to Portland, Maine in the east.

A survey found that around 84 percent of American households had reported a pest problem in the past 12 months. More often than not, people will take it upon themselves to purchase pesticides and other chemicals to rid themselves of their teeny tiny tormentors. They also find their efforts to be largely ineffective or result in short term solutions whose results don’t last.

You know it’s only a matter of time before the infestation marks its return often with a vengeance!

Such scenarios are far too common, and only serve to waste your valuable time and mental resources. So you choose to put your faith in the hands of a professional; someone that doesn’t get easily startled at the sight of a wasp or spider nest, and cower beneath the nearest table.

You spend time researching the available services in your area such as exterminators in Portland or Maine Pest Control Services, but find yourself wondering if exterminators and pest control experts are in fact the same thing.

The answer can seem a little complicated given that both an exterminator and a pest control expert appear to do the same thing: rid you of unwanted house guests of the non-human variety.

However, you should be aware of some key differences in their practices.

What Is an Exterminator?

Most people think of the term “exterminator” when the idea of completely destroying something crosses their mind. The term itself feels like an aggressive label referencing someone who performs complete acts of destruction and/or removal. But it could be considered a fitting label for what exterminators set out to do.

The goal of any exterminator is to rid you of your existing pest problem through whatever legal means necessary. They usually perform this task with the aid of traps and chemicals. But the results of their efforts can be temporary and only serve as a band-aid solution that doesn’t address the underlying problem which caused the infestation in the first place.

What Are Pest Control Experts?

Pest Control Experts perform some of the same duties as exterminators. However, they spend more time focusing on long-term solutions to keep your home free of pests rather than getting rid of the current infestation and calling it a day.

The goal of pest control experts is to determine the root cause of a pest infestation and provide solutions to keep them at bay. Effective pest control entails much more than simply removing the pests that currently exist in your home, it’s about altering the conditions that led to the problem occurring in the first place.

That’s the key difference between the activities performed by a pest control expert and an exterminator.

Pest control experts often undergo more comprehensive training than exterminators do, and are usually part of a team of experts who formulate long term solutions to your pest problem on a case by case basis. They also possess a good understanding of how a particular pest behaves or what its habits may be so that they can implement the right solution for the problem.

They’ll usually identify the kind of pest before investigating the household conditions that may have led to the infestation occurring in the first place. They then create and execute plans to remove the pests and keep your home free from any future infestations of the same nature.

Consideration for the Environment

Another important distinction between the two is that pest control experts generally focus on being environmentally conscious when selecting the chemicals they use for treatment. In some cases, a pest control expert may get rid of the problem without using any chemicals.

It’s also believed some of the pests that commonly infest our households play important roles in the sustenance of the surrounding environment.

The removal of such creatures from your premises needs to be handled with care so as to not disrupt the delicate natural balance that keeps the surrounding ecosystem thriving.

By contrast, exterminators will often use harsh chemicals to kill pests without paying much attention to the environmental impact of using such methods. Such substances could harm other creatures around the premises such as bees or deer that aren’t generally considered nuisances.

Which is right for you?

It’s better to assess the extent of the infestation you are currently facing and ask yourself if you think the issue could return and cause future headaches if it isn’t addressed effectively in the present.

In addition to the personal grief a pest problem can inject into your life, the damage pests can do to your property could significantly affect its retail value if you decide to sell your property in the future. Therefore spending a little more for a pest control expert in the present could save you from taking a larger financial hit in the future.

If the issue you’re facing seems minor and doesn’t appear to be causing significant issues to your life, or isn’t noticeably deteriorating the condition of your household, then hiring an exterminator might be an effective option. Some people simply can’t find the free time to deal with minor nuisances and would rather have somebody else take care of the problem for them.

Others would choose to avoid handling complex chemicals and pesticide themselves. There is no shame in hiring an exterminator to do it for you.

No matter which service you end up choosing, it’s better to take care of a pest problem sooner rather than later. Otherwise the problem could spiral into one that is much greater in scale and more detrimental to your quality of life.

For Pest Control and Extermination services in Portland, Maine- Augusta, Maine- Lewiston, Maine- Brunswick, Maine and surrounding areas- Call Ants Plus Pest Control today. We will guide you in making the right decision for your pest invasion in a timely manner.