Should You Be Wary of Daddy Longlegs Spiders? 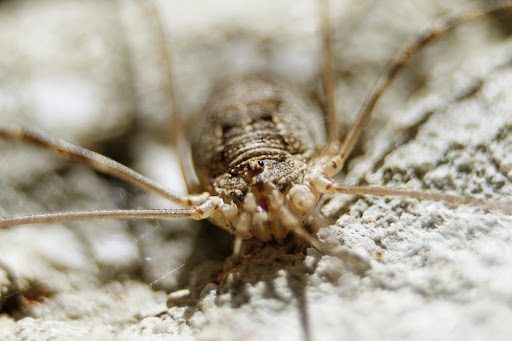 As someone who is perpetually wary of spiders, I happen to know a lot about them. How else is one supposed to prepare for their mortification if not by diving further into the subject that terrifies them! With that said, there is one spider I have never been wary of, and that is Daddy Longlegs. Did that surprise you?

I’m sure you have grown up listening to adults around you confidently claim that daddy-longlegs are the most venomous spiders on the planet, but they cannot harm humans since their fangs are too short for biting us. I, too, was fed this tale many years ago. But I chose to disregard it and read up on the subject on my own.

So, are daddy-longlegs the most venomous spiders, and are their fangs too short for biting us? No, and no! But before you run to confront the person who told you otherwise, read on to learn more about why people are spreading this myth.

People often use the terms venomous and poisonous interchangeably, even though they have two distinct meanings. Venomous indicates an organism has glands that produce venom and ducts that convey said venom through fangs or stings into the target.

The correct term that one should use to describe the negative effect of venom on a target organism is “toxic.” For instance, cobras are venomous snakes whose venom is toxic for humans, but not to mongooses who eat cobras.

The Distinction between the Animals

Many people who retell this story don’t realize that they might be referring to two different groups of animals” daddy-longlegs spiders” and daddy-longlegs.” In the animal class Arachnida, spiders are classified as Araneae. The creatures referred to as daddy-longlegs are Opiliones, also known as harvestmen.

Daddy-longlegs have one body segment, two eyes, and eight legs attached to the pill-like body. These creatures are found under rocks and logs and prefer moist habitats. They have long, flexible legs, hence the name. Daddy-longlegs don’t produce silk and are never found stuck to webs unless they are the prey of the resident spider. Their fourth pair of long legs contain their spiracles, i.e., breathing organs, allowing these creatures to breathe through them.

Is Their Venom Toxic to Humans?

These creatures make their living by eating animal matter and decomposing vegetation and animal matter. They don’t have venom glands or fangs, which means they don’t have injectable toxins. Some of them might have defensive secretion that might be toxic to smaller animals if ingested. So, the tale that daddy-longlegs are the most venomous spiders is false for these arachnids.

The other creature referred to as daddy-longlegs is a long-legged spider called Pholcidae. Previously, the spiders in this family were known as cellar spiders, but their name changed to daddy-longlegs spiders” due to their long, lanky legs. Since these arachnids are spiders, they have two body parts – the abdomen and the cephalothorax.

Daddy-longlegs spiders have eight eyes clumped together at the front and eight legs attached to the front-most part of the body. They also make silk webs. When people claim that daddy-longlegs are venomous spiders, they are talking about these creatures as they are mostly seen in cellars and urban areas and are pretty common in the US.

Does the myth stand true for Daddy-Longlegs Spiders?

Even though daddy-longlegs spiders have fangs and venom, the venom has not been studied for its toxicity. There is no known reference to these spiders biting a human and causing detrimental effects. The myth that these spiders are the most venomous might have stemmed from observing them with other arachnids. They are known to prey on arachnids, such as the grey huntsman and redback spiders.

These creatures use their long, spindly legs to tiptoe across the sticky threads and minimize their body’s contact with the web. They also lay down their non-sticky web over the already-built resident spider’s web, creating a non-sticky path for themselves as they invade the web. Given this behavior, it’s understandable why this myth has been perpetuated.

With that said, the team at MythBusters investigated this claim on a 2004 episode and proved the myth to be false on both counts. Firstly, they had professional milk the venom of daddy-longlegs and compared its effect on mice to the effect of the same amount of black widow’s venom, which proved to be deadlier. Then, Adam Savage allowed a daddy-longlegs spider to bite him. The result was rather anticlimactic as he barely felt the spider bit and experienced no ill after-effects.

With that said, the second part of the myth might stem from the fact that pholcids have short fangs called uncate because of their secondary tooth that meets the fang, just like the two parts of a pair of tongs meet each other. However, as Adam Savage proved, these arachnids can indeed bite humans, but their venom is not toxic for us.

The bottom line is that the myth of daddy-longlegs being the most venomous spider is false for both these arachnids. Additionally, the second part of the myth about their fangs being too short for biting humans is also proven to be incorrect.